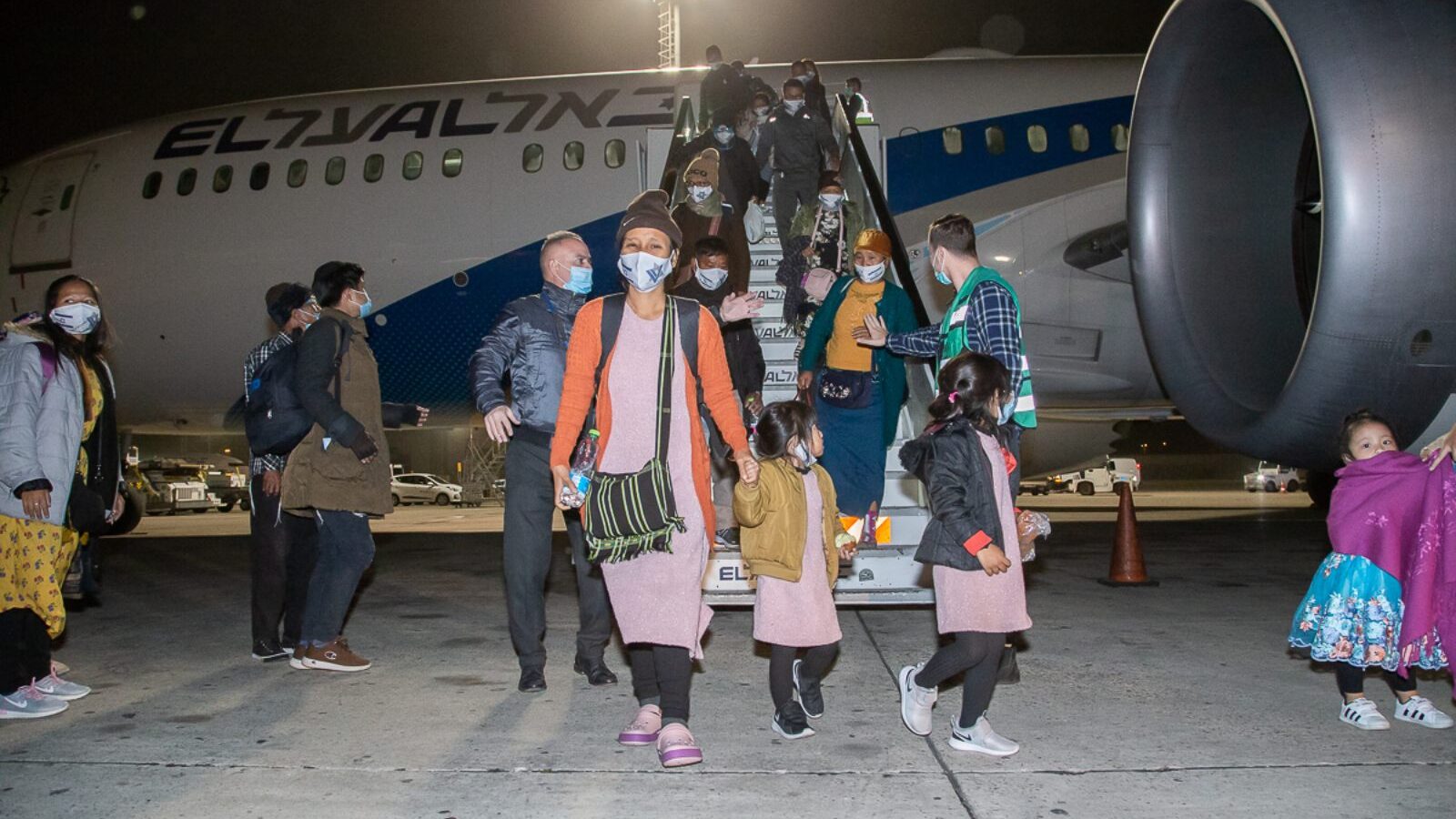 Hailing from northeast India, the Bnei Menashe community is said to be descended from the biblical Lost Tribes of Israel.
The post 252 New Immigrants From Lost Tribe Arrive in Israel appeared first on Zenger News.

Immigrants from the Jewish “lost tribe” of Bnei Menashe landed at Ben-Gurion Airport this week to build a new life in Israel.

Hailing from northeast India, the Bnei Menashe community is said to be descended from the Lost Tribes of Israel – specifically the tribe of Menashe — that scattered across the globe after being exiled at the end of the First Temple period in the eighth century B.C.

The 252 new immigrants who made their way to Israel this week with the help of the Israeli  Ministry of Aliyah and Absorption and the Shavei Israel organization joined the 3,000-strong Bnei Menashe community already in the country. Approximately 7,000 more community members await immigration in northeast India.

“As we celebrate the festival of Hanukkah and the miracle of the flask of oil, the aliyah [immigration] of the lost tribe of Bnei Menashe after 2,700 years of exile is itself a modern-day Hanukkah miracle,” says Michael Freund, founder and chairman of Shavei Israel.

“The story of this unique community that maintained its connection to the Jewish people and the land of Israel down through the generations is powerful and inspiring and I fervently hope that we will soon see all the remaining Bnei Menashe make aliyah as well,” he added.

The immigrants include 50 families and 24 single individuals, four infants under the age of two, 39 children aged 12 years old or younger and 19 seniors aged 62 years or older. They underwent a quick absorption process at the airport and were sent to quarantine, according to Covid-19 regulations.