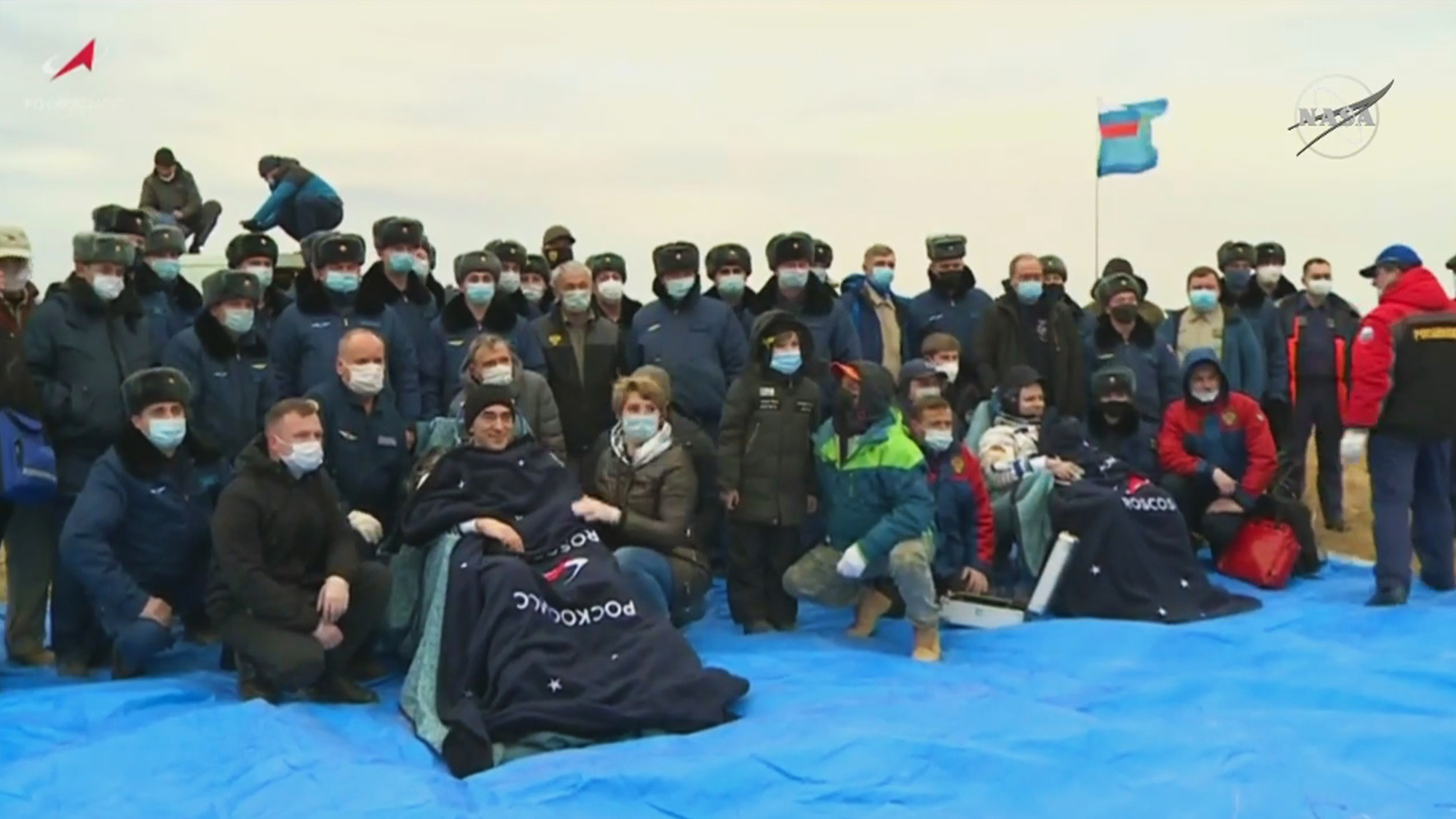 Three space travelers plummeted to Earth after a 196-day mission for the International Space Station last week, which involved 3,136 orbits of the planet and a distance of 83 million miles, according to NASA.

Astronaut Chris Cassidy, commander of the Expedition 63 mission, and cosmonauts Anatoly Ivanishin and Ivan Vagner of Roscosmos, the Russian space agency, landed safely in Kazakhstan on Oct. 21 after docking at the ISS in April.

NASA showed the landing live on social media with the message: “Tune in for de-orbit burn and landing coverage as their Soyuz spacecraft descends to a parachute-assisted landing, set for 10.55 p.m. EDT southeast of the remote town of Dzhezkazgan, Kazakhstan.”

“During their expedition, Cassidy, Ivanishin and Vagner welcomed the arrival of NASA astronauts Robert Behnken and Douglas Hurley on NASA’s SpaceX Demo-2 mission, the first crewed flight of a commercial spacecraft and the first launch of humans from American soil to the space station since 2011,” NASA said on social media.

Cassidy also worked with Astrobee, cube-shaped, free-flying robots, that may one day perform routine duties, as well as conducing research for the Onco-Selectors experiment, which leverages microgravity to identify targeted cancer therapies, according to NASA.

In reply toPatriots Save the World

@SavingUsAll @cdc A. He’s one of the most sheltered and protected individuals in the country

B. He’s gotten 2 doses of the Moderna Vaccine (makes him less of a spreader)

C. Been the ONLY voice of reason for the pandemic under Trump

D. Trumpians have NO moral ground to talk about examples!
View on Twitter
0
0