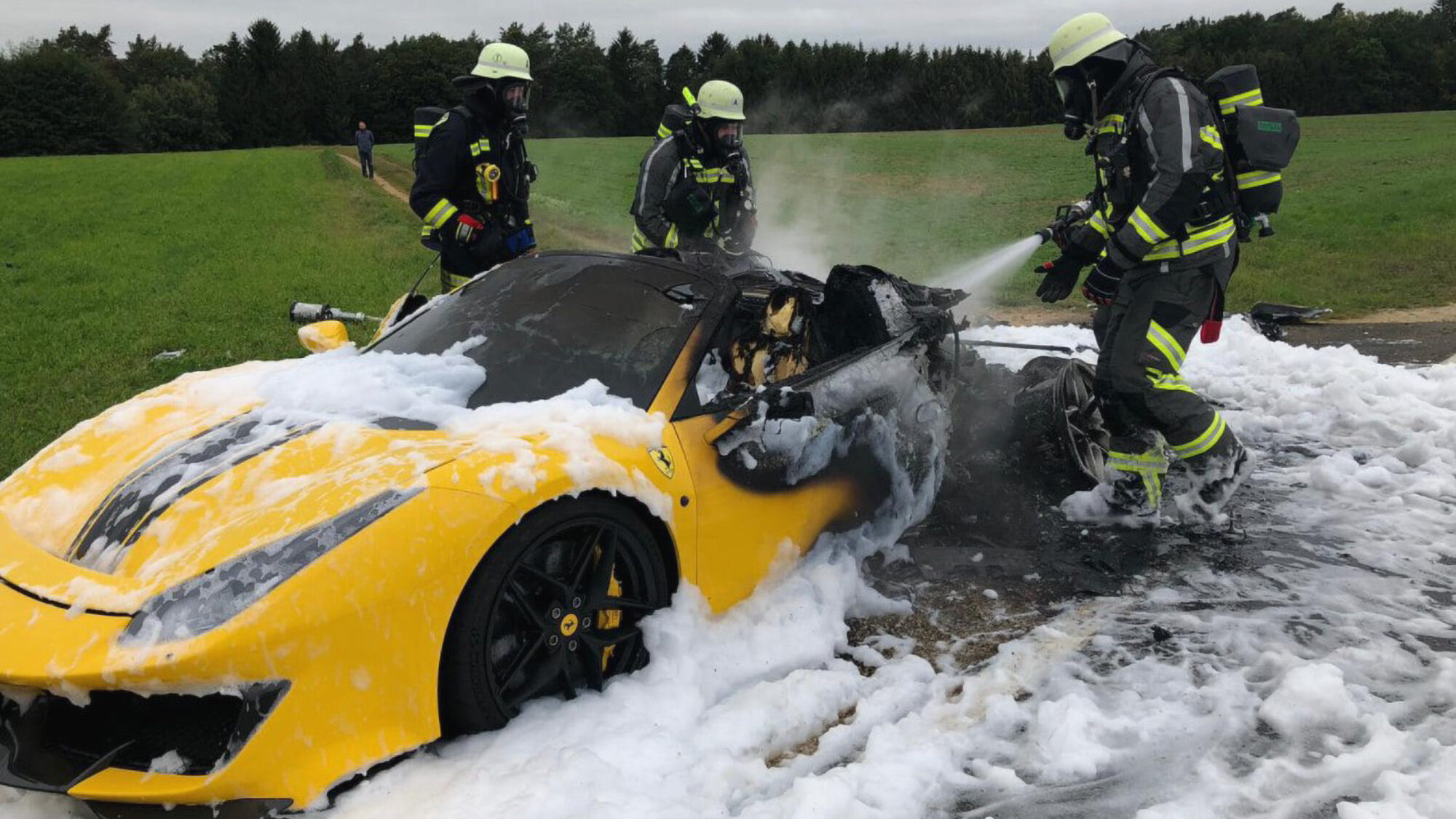 The driver watched in agony as his supercar was nearly reduced to ashes.
The post VIDEO: $400K Ferrari Catches on Fire appeared first on Zenger News.

A Ferrari owner’s drive down an idyllic German road went up in flames.

Cameras captured the moment that smoke started billowing out of the vehicle’s engine while the man drove near the Bavarian town of Lauf an der Pegnitz on Oct. 3.

The driver quickly stopped the blazing coupe and jumped out to save himself. He then watched in agony as his supercar, estimated to have been worth over $400,000, burned before his eyes until it was destroyed.

Firefighters were dispatched to the scene from the nearby areas of Dehnberg, Heuchling and Simonshofen, but the yellow Ferrari was engulfed by fire by the time they arrived. Wearing full personal protective equipment, the firefighters used foam to extinguish the flames.

Following the incident, the fire brigade removed spilled petrol and oil from the street. The road then had to be closed for several hours until the smouldering wreckage was removed.

While the cause of the weekend’s Ferrari fire has yet to be determined, certain models of the vehicle have faced a number of “thermal incidents” in the past.

The luxury Italian car company was forced to recall more than 1,200 of its 458 Italias in 2010 after several caught fire in California, France, Switzerland and China.

The problem with the model, which typically sold for around $260,000, was traced to an adhesive used in the wheel-arch assemblies, which can sometimes overheat and set alight. In extreme cases, the adhesive would melt, causing the car’s heat shield to deform, move closer to the exhaust and catch on fire.

More recently, a Ferrari F12 TDF burned to a crisp on the German Autobahn after an apparent engine failure in 2017. The vehicle’s owner, who estimated the car’s worth to be more than $1,000,000, and passenger both escaped without injury.

@tonyvanetti @cdc This report was only published yesterday. It will take time for districts to respond to the new recommendations.
View on Twitter
0
0